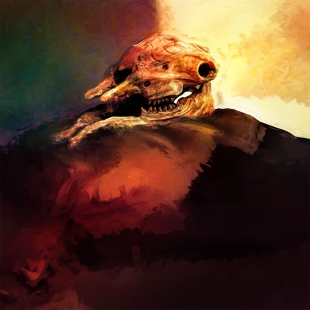 The Bnii Fyid skull had been passed on from great ruler to great ruler for millennia now, ever since ancient times since when it is rumored to have fallen burning out of the skies and the someone discovered it’s amazing one-to-many subconscious communication abilities. Many great wars of empires had, in fact, been fought solely for this ancient artifact, as regardless weather they were called cesars, pharaohs, sultans, kaisers, kings or presidents they all realized the great usefulness of playing with the fears of the masses, the value of instilling popular fears of other people/cultures/languages/civilizations, and how this allowed their own power to be increased on waves of fear. It is not a precise tool, it is is rather speculated it functions for the emotions of the masses like a prism for light: it breaks balanced ones into spectrums of intense separate sentiments which once separated can be distinctly channeled like rivers.

This ancient political knowledge that the fear of an (even imaginary) common enemy is possibly the greatest way to unite a people under a “great leader” may be commonly known, but the great use and even existence of the Bnii Fyid for this purpose is a secret sealed with ocean scale pools of blood, and not just that spilled by the many spies of different nations trying to find it again, and then their own as soon as they do. Those who know it, know why.