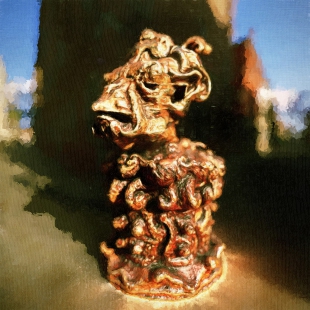 I had been in the city of channels for 2 weeks now, sent by the merchants of Konstantinoupolis to make sure this new deal went smoothly (unlike the bloody last one), and as such I had passed by the peculiar monument a few times. It seemed to have been recently moved there, although the monument itself looked older, and for the life of me I couldn’t understand why somebody would do such a hideous move, so offensive to the eyes. Until that one day, when the light hit it straight on, and suddenly my mind lit up in strange supernatural ways. Then I got it. I understood why it had to be here, and why it had to be here NOW. I understood like a child does when his parents explain something way beyond his comprehension! I also saw with my mind’s eye how it would be taken away in just a few years, and how it would be somewhere else. At that moment I realized it was my calling to make sure that it’s new home would be in my own oriental homelands, and how with it a new age of enlightenment and prosperity and power would come. The price had to be payed, of course, but what great things happened without that ever in history?
from ‘Memoirs of Milttiades “The Englightened” Issadore”
—————————————————–