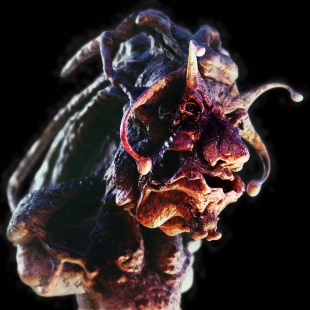 An old forgotten fairy tale of nightmares tells that in the cosmic court of the mad king there was a jester who’s powers and madness rivaled his master’s. But one day in one of his morbid jokes he managed to disturb even the king’s mind, and he ordered him exiled to another dimension with no way back. Woe be unto the world he now entertains!